Nets assigned to the logic type can be inspected using a logic analyzer. A maximum of 16 nets can be assigned as logic. Unlike with analog nets all 16 logic nets can be viewed simultaneously. 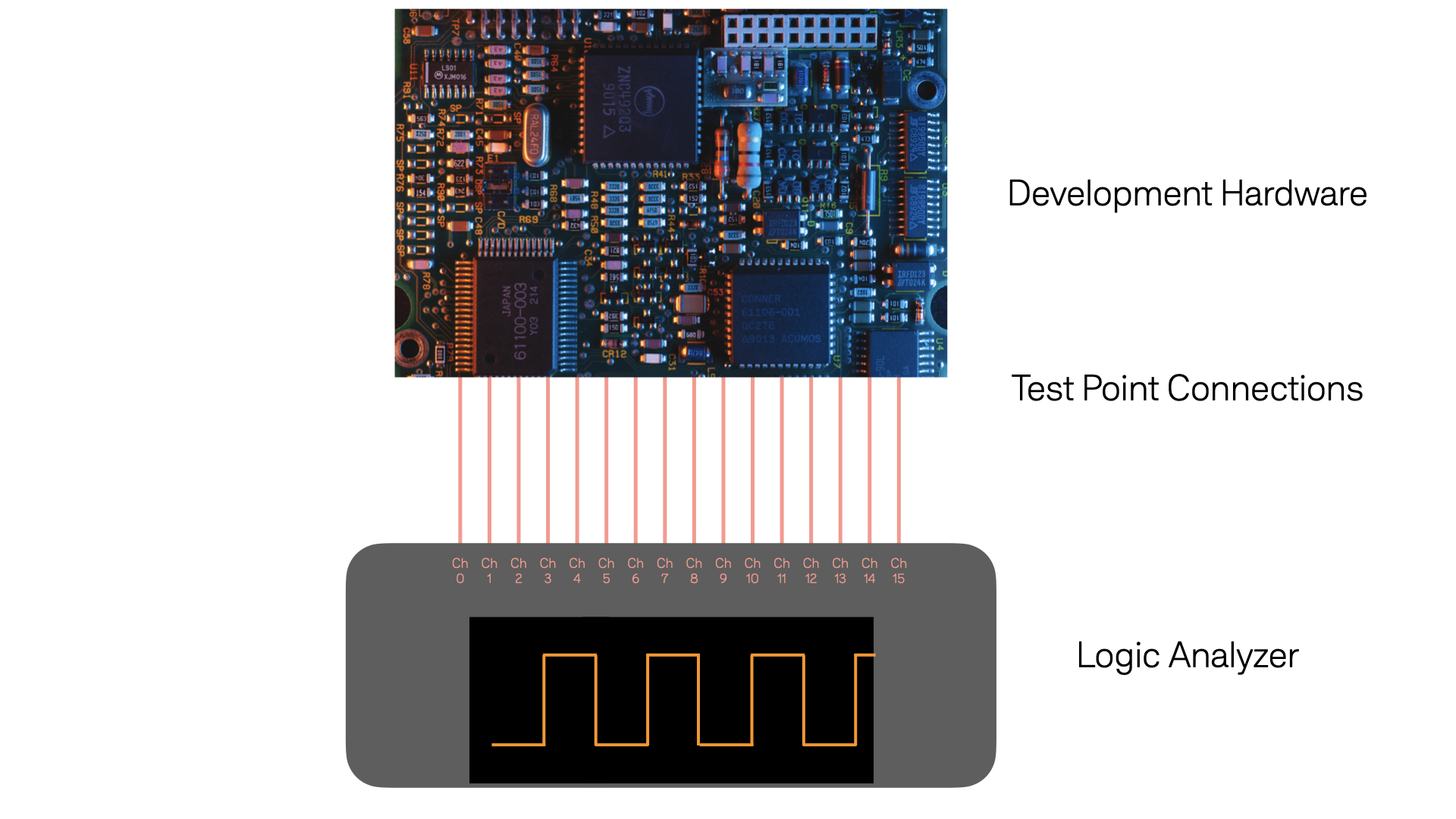 Logic nets can use the same, trigger, and cursor functions as analog nets. They can also use many of the same measurement functions, such as frequency and period.

This sets the voltage threshold a signal must pass through in order to be captured by the logic analyzer.

This adjusts the size of the waveform on the logic analyzer. This is helpful when trying to fit multipe waveforms on the screen.